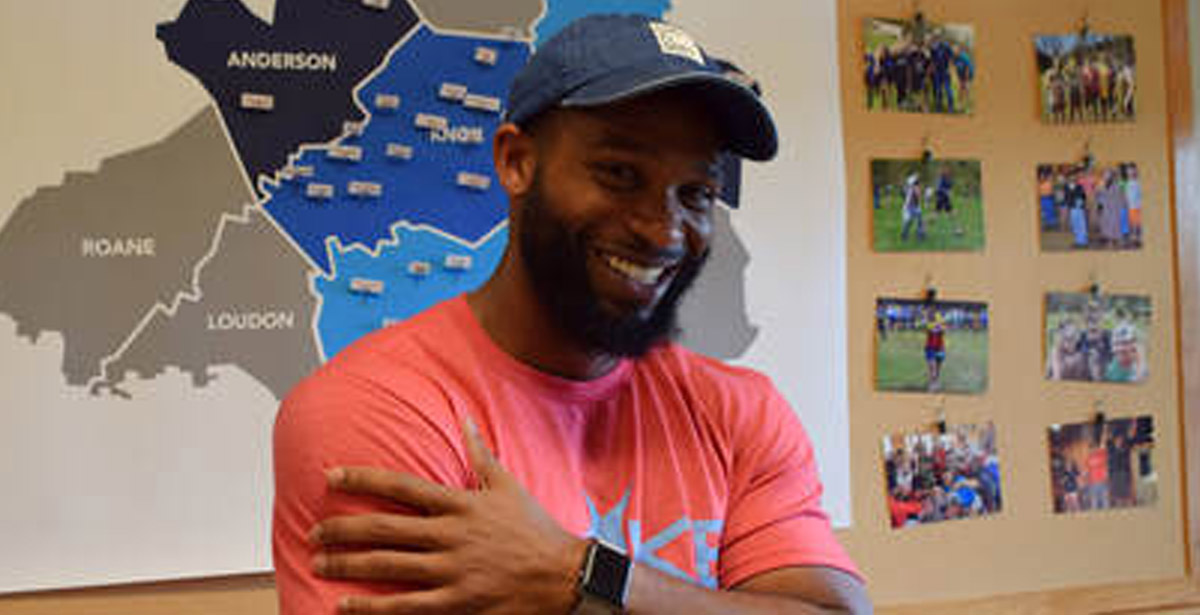 YOKE is happy to introduce to you our newest team member, Daniel E. Lee. Originally from Memphis, Daniel moved to Knoxville in 2011 to continue his education at the University of Tennessee. Daniel has one older brother and enjoys music, fashion and sports – basically anything competitive. Daniel is a member of the Kappa Alpha Psi fraternity and is active at Overcoming Believers Church in Knoxville.

With a passion for people and for fashion, Daniel earned his degree in Retail and Consumer Science and was working as a Product Life Cycle Coach with Nike. He soon realized, though, that retail was not what God had created him for and began to contemplate a change in direction.

“I had a strong desire to become more involved in ministry and wanted a career that would allow me to serve others while pursuing my own walk with God,” said Daniel. “I knew that God had called me to ministry, so I began looking for opportunities to serve, particularly with young people in the city.”
His search led him to what he described as a perfect match. He explained that YOKE, with its emphasis on service, ministry, and mentorship with youth at a pivotal age, was meant to be.

“Middle School was one of the most difficult times for me,” said Daniel. “I was constantly bullied for being overweight and had no friends. It was in middle school, though, that I came to know my greatest friend, Jesus Christ, and it has changed my life FOREVER! I want that for all kids. I want all kids to have the opportunity to experience the amazing relationship with Jesus and how amazing life can be when you turn to Him.”
​
As area director for urban schools, Daniel will coordinate YOKE’s ministry at Bearden, Gresham, Holston, Northwest, South Doyle, Vine and Whittle Springs Middle Schools. His main role is to equip and encourage the team leaders, recruit and train volunteers, and foster YOKE’s relationship with those local school administrators. For more information on how you can be involved, contact Daniel at daniel@yokeyouth.com or (865)522-6907.