Relationships Paying Off Under Covid-19 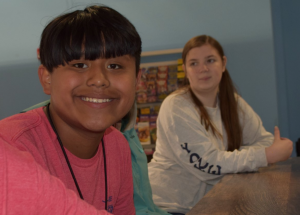 “I love YOKE because it has helped me learn about God in a fun way!”

Our greatest impact does not come from our after-school programs, camps, or other events—it comes from the relationships that students develop with their YOKE Folk. Even after schools closed in March due to the spread of COVID-19, our YOKE Folk have continued to maintain relationships with their YOKE kids remotely. Week after week, we hear stories of how the YOKE community has continued to impact lives even without the benefit of our in-person programs.

One such story involves Alvarez Bounds, a 7th grader at Carter Middle School. Alvarez was born in Arizona and came to Tennessee when he was adopted by a local family. He attends the Carter YOKE Club and has developed a special relationship with one of the YOKE Folk there, Patrick Krogstie. That friendship began on the bus to YOKE Camp when Alvarez and Patrick discovered a unique connection between their lives.

Alvarez is from the Apache reservation in Show Low, Arizona, where Patrick had previously served on a three-week mission project. As the two talked, they discovered this connection and even realized that they knew some of the same people from the reservation. As they wondered over how unlikely it was that the two of them would meet across so much time and distance, a special friendship began to form.

As is our hope, the impact that YOKE has had on Alvarez’s life has begun to have ripple effects. When his family could no longer attend church on Sundays, they began meeting outside with their neighbors to have their own socially distant “church service.” At one of these meetings, Alvarez stood up in front of the group and shared with them about how YOKE has impacted his life. He then led the group in one of his favorite songs, My Lighthouse which he first learned during worship at YOKE Camp.

We recognize that the students we serve today are the leaders of tomorrow, so it is always encouraging to hear of students like Alvarez beginning to lead in their own communities. Even though clubs have ended for the school year, YOKE’s impact has not stopped. Across the six counties YOKE serves, bonds between YOKE Kids and YOKE Folk, just like the one between Alvarez and Patrick have remained as strong as ever and are helping to expand God’s Kingdom.

You can hear Alvarez share his YOKE story along with Patrick on our podcast, YOKE Talk 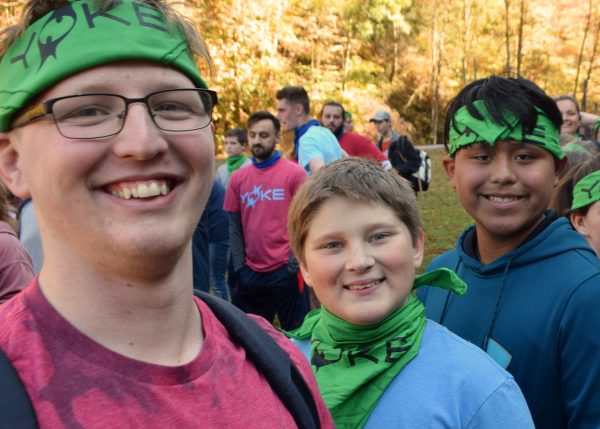 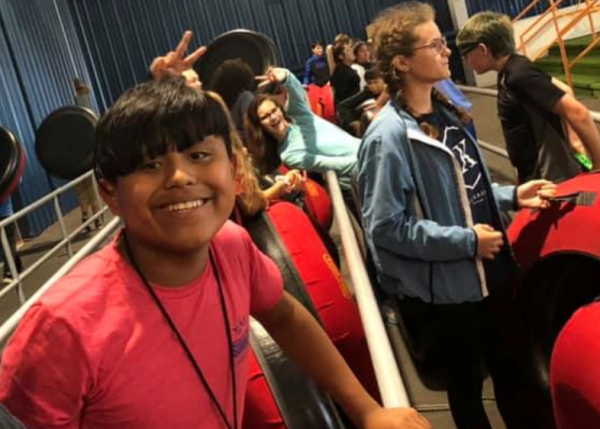