YOKE Camp Visited by the Avengers 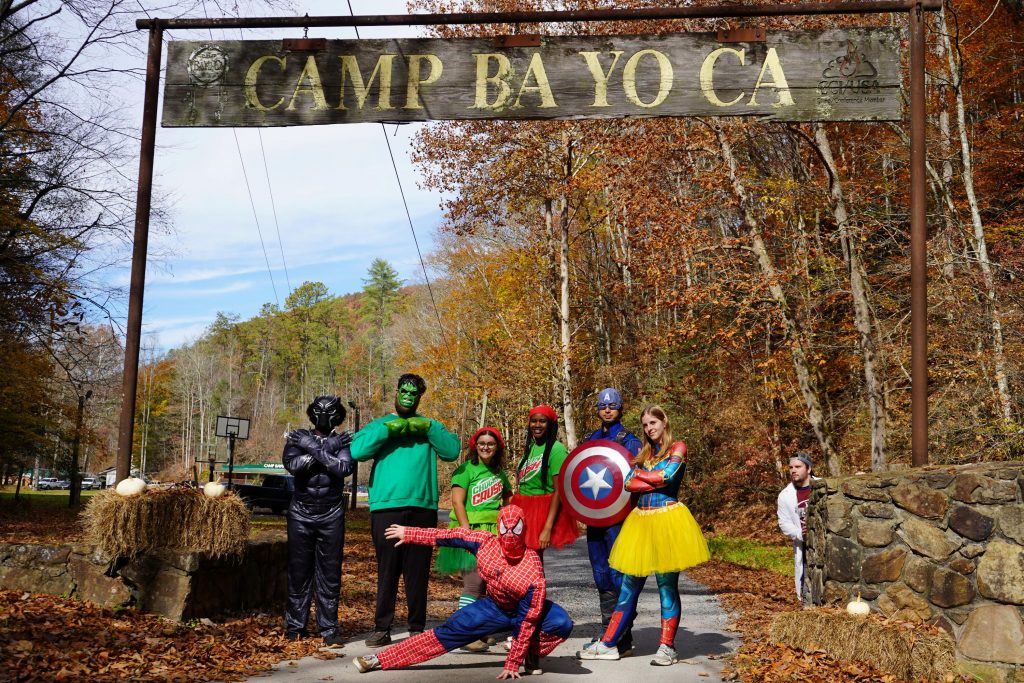 After wildfires forced us to make some last-minute changes to our spring camp plans, fall brought a return to a more normal camp schedule. (We use the term normal loosely, because nothing about YOKE Camp would be considered normal to an outside observer.) More than 300 volunteers, YOKE Folk, and kids joined us over the course of two weekends in October and November, featuring a Superhero theme and a special appearance by the Avengers.

For a competition that ran throughout the weekend, kids were grouped into teams led by a Superhero – the red team was led by Spiderman, blue by Captain America, Green by the Hulk, orange by Captain Marvel, and Purple by the Black Panther. The competition culminated in YOKE’s now infamous color wars, in which teams used their color powder to douse the competition.

The story of the Avengers was also woven throughout the weekend’s events, with our heroes teaming up to defeat the evil Dr. Pepper. Aiding the Avengers were our own superheroes in training, Chug and Crush. The story also reinforced to the kids that we are all uniquely gifted by a loving God and that, through the transforming power of Jesus, we are commissioned to work together in a bold mission to save the world.

Camp can also be a transformative experience for our YOKE Folk. “I think middle school kids help me more than I help them sometimes,” said one leader. “This weekend, I was able to leave behind all the stress of school and outside factors at home. These kids helped wake me up to see how much joy there truly is in following Jesus.”

“I was reminded that even though prayer can be hard work, it is important work,” remarked another YOKE Folk. “One of our girls decided to follow Jesus at camp, and to me this was very much an Ephesians 3:20 thing. I had been praying for her for more than a year.”

Since so many of our kids are new to YOKE, we lowered the price of this year’s camp to make it even more accessible. Many thanks to those of you who gave to make this possible. If you missed out, there’s still time to help. Mail your gift to YOKE at P.O. Box 3492, Knoxville, TN 37927. Or make a secure gift online anytime.

Check out all of the pictures on our Facebook page. 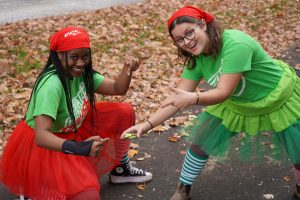 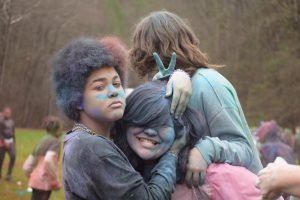 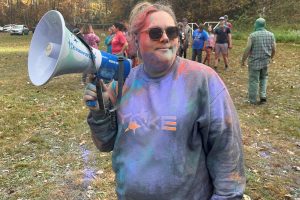 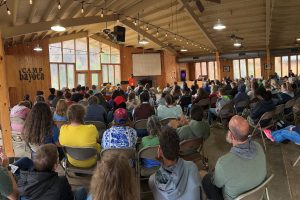